Their argument involves negligence on the part of the trucking companies, who are notorious for forcing long hours onto their drivers, as well as failing to properly train drivers. 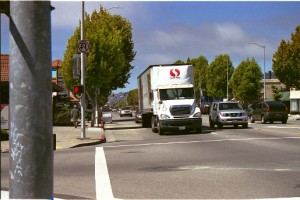 A landmark article argues that trucking companies are more at fault in accident claims than the truck drivers themselves.

Trucking accidents have a variety of causes, almost all related to the driver of the truck. Among these causes are driver-specific reasons such as fatigue or a history of prior accidents.

However, an article by J. Kent and Mark Emison lays out clear groundwork for attorneys to sue the trucking companies themselves for these driver-related accidents. Their argument involves negligence on the part of the trucking companies, who are notorious for forcing long hours onto their drivers, as well as failing to properly train drivers. Unsafe conditions pursued by trucking companies in order to save time and money have caused more accidents than any other reason, argue Emison and Emison.

The article uses a powerful example in the case of Reagan vs. Dunaway Timber. A driver for Dunaway Timber struck an oncoming driver and killed him. It was later discovered that the Dunaway Timber driver was unauthorized to operate such a large vehicle due to two previous DWI’s, but Dunaway failed to investigate the driver’s past record before putting him behind the wheel. Dunaway Timber was found liable for their driver’s accident primarily because they did not use the tools available to hire better drivers.

Many victims of trucking company accidents often make the mistake of viewing the driver as the primary negligent party, but the law views this differently.

If you or someone you know has been injured in a truck accident, call the St. Louis Truck Accident Lawyers at the Law Office of James M. Hoffmann at (314) 361-4300. We work to make sure trucking companies are held responsible for their failure to protect your safety.