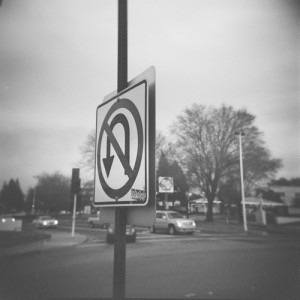 If you have been involved in a Missouri truck accident, contact the Law Office of James M. Hoffmann.

On a New Jersey highway on Friday, August 2, a tractor trailer allegedly made an illegal U-turn and crashed into an SUV. The collision resulted in the death of a mother and her two sons. According to Mercer County prosecutors, the crash took place on Route 1 in Lawrence. The tractor trailer and the SUV were both traveling south on Brunswick Pike.

The truck driver, 45-year-old Richard Williams of Brooklyn, New York, was held on $100,000 bail following the accident. It appears that Williams was in the middle of making an illegal U-turn when the family’s Chevrolet Tahoe struck the truck. In the impact the SUV went underneath the tractor trailer and the woman and her sons were crushed.

Shaqwan Tisdale, 25, was driving the Tahoe. According to his website he is a musician, life coach, and an author. He and his family were headed to a concert to celebrate his album release at Lighthouse Outreach Ministry on Bellvue Avenue in Trenton when the accident happened.

The driver of the tractor trailer has now been charged with three counts of death by auto.

When emergency responders arrived at the scene of the accident they found the tractor trailer in the middle of the Brunswick Pike and Darrah Lane intersection at 6:30 p.m. The SUV was wedged three-fourths of the way beneath the bed of the trailer. Before they could safely remove the passengers from the trapped SUV, they had to first quickly stabilize the bed of the tractor trailer, related Trenton Battalion Chief Robert Tharp. This process took several hours to complete and firefighters used all of the equipment and tools available them to free the victims. Tharp said, “we had everything — hydraulic equipment, air bags.”

Semi truck accidents can be extremely complicated. There are both federal and state laws that govern the operation of these large vehicles because they can pose a significant danger to other drivers, their passengers, pedestrians, and anyone else in their path. If your family has been the victim of a truck accident in Missouri, contact a Missouri semi truck accident attorney at the Law Office of James M. Hoffmann. You may be entitled to compensation for damages, but acting quickly is important so that your attorney has the opportunity to preserve evidence that will protect your legal rights.