The Missouri State Highway Patrol closed Eastbound Interstate 44 near I-270 Tuesday, July 23, following an accident that involved a semi truck and several cars. 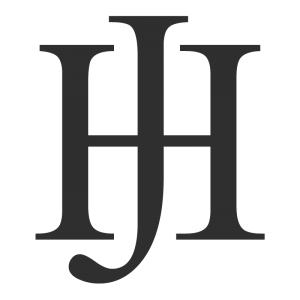 An accident that had taken place in the westbound lanes had directed the attention of drivers heading eastbound away from the road. Traffic had slowed due to the accident as drivers tried to catch a glimpse of what happened. But the driver of a semi tractor trailer was unable to slow down and ended up hitting a car. The semi truck driver lost control of the attached trailer, struck two other vehicles, and then smashed into a ditch.

On May 16 eastbound Interstate 270 needed to be closed completely following an accident that involved three semi trucks. The accident happened on the Chain of Rocks Bridge in Madison County on Thursday, May 16.

Around 7:00 a.m traffic was moving slowly on Interstate 270 near the Riverview exit. One of the semi trucks came to a stop, and another semi truck that was following behind it, then slammed into the back of the first vehicle. The second truck was loaded with asphalt and the truck cab detached from the back end of the vehicle in the impact.

The chain reaction crash ended up involving a third semi that was traveling in another lane as it was hit by the trailers of the other two semis.

Two people were injured in the crash, but sustained only minor injuries and were treated at the local hospital.

The Interstate was closed for several hours but was reopened around 10:00 a.m. Traffic was backed up for miles. This was the second day in a row that the Interstate was shut down near the Chain of Rocks Bridge.

Luckily, no one was seriously injured in either of these crashes. The potential for catastrophic injuries or death in semi truck accidents is huge. Drivers and occupants of passenger vehicles are most at risk of injury or death if involved in an accident with these much larger vehicles.

Even before they are loaded full of thousands of pounds of cargo these vehicles are massive and already dangerous. Because there is such potential for injury and harm to others, it is crucial that trucking companies and their drivers follow the state and federal regulations that are in place to keep drivers safe.

If you or a loved one have been injured in a semi truck accident you may be entitled to compensation for property damage, pain and suffering, lost wages, present and future medical expenses, and other damages relating to your injury and the financial losses resulting from the accident. An experienced Missouri truck accident attorney will investigate the accident, determine liability and procure evidence to support allegations of negligence against the driver and trucking company. It is important to act quickly in order to make sure your attorney has a chance to preserve evidence and maximize your ability to recover compensation.

To speak with an experienced St. Louis truck accident lawyer contact the Law Office of James M. Hoffmann by calling (314) 361-4300 or by filling out our online contact form.