When the trucks contain thousands of pounds of material, they can become even more dangerous. 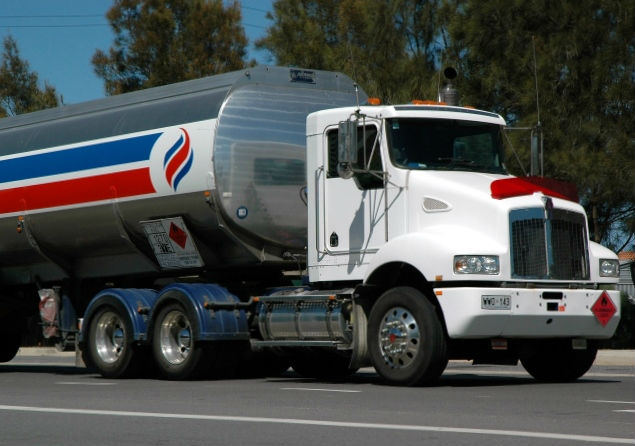 On Wednesday, July 24, just south of Eldon, Missouri, a semi truck that was transporting fuel overturned on U.S. Highway 54. The Missouri State Highway Patrol got a call around 2:00 p.m. Wednesday afternoon, relating that a tanker truck had blown a tire on Highway 54, overturned, and crashed over the side of an embankment. The accident happened approximately one mile west of U.S. Highway 54 exit 52/54.

The truck contained 5,400 gallons of fuel and after it overturned, was leaking fuel. Another truck was sent to retrieve what fuel was left about an hour and a half after the accident.

The Highway Patrol reported that the semi truck driver was moderately injured in the accident and was taken to Capital Region Hospital in Jefferson City.

The Eldon Fire Department as well as a Miller County Ambulance, Cole County HazMat team, and emergency responders from Mid-County, Rocky Mount, Lake Ozark, Osage Beach and Jefferson City fire protection districts, were dispatched to the scene of the accident. One westbound traffic lane on Highway 54 was closed well into the evening, as crews worked to clear the accident, direct traffic, and assist with the spill.

While the truck driver came away from the accident relatively unscathed, it is the drivers and passengers of smaller vehicles that usually sustain devastating injuries in accidents involving semi trucks. The disparity in size and weight gives little chance to other drivers of walking away without being seriously injured or killed. When the trucks contain thousands of pounds of material, they can become even more dangerous.

If you or a loved one have been in an accident involving a commercial truck, contact the St. Louis Truck Accident Lawyer at the Law Office of James M. Hoffmann. The physical and financial consequences of such an accident can be devastating. We are experienced Truck Accident Lawyers who know how to win against trucking companies. Call us today at (314) 361-4300 for a free and private consultation.